Start a Wiki
watch 01:32
Horizon Zero Dawn: The Frozen Wilds - Launch Trailer
Do you like this video?

This expansion brings Aloy to the Cut, a region on the border of Banuk territory accessible via a mountain pass just north of the Grave-Hoard. While the gameplay is accessible any time after leaving the Embrace during the main quest A Seeker at the Gates, the add-on's content is balanced around a player that is level 30 or higher.[3]

Aloy travels to The Cut, the home of the Banuk tribe, after hearing word of dangerous machines appearing and a mountain belching smoke. There, she learns from a local chieftain named Aratak that the Banuk have been attempting to battle a Daemon on the mountain, Thunder's Drum, which is apparently the cause of the machines in the area attacking the Banuk. However, their first attack had been a failure, and their shaman, Ourea, had disappeared afterwards. Aloy searches for Ourea, coming across strange robotic towers which corrupt any nearby machines. She finds Ourea in an Old World facility that had been converted into a Banuk shrine, and is housing an AI they call the Spirit that the Banuk have been worshiping as a god. Aloy is able to establish communications with the Spirit, which warns Ourea that the Daemon is blocking its transmissions before being cut off. Aloy and Ourea agree to work together to save the Spirit. However, Aloy must first oust Aratak and replace him as chieftain, since he refuses to lead any more attacks on Thunder's Drum. It is also revealed that Ourea and Aratak are siblings.[4]

Aloy challenges Aratak, but daemonic machines ambush them in the middle of the challenge. They both team up to fight off the machines, and impressed by Aloy's skills, Aratak concedes leadership to her. Aloy, Ourea, and Aratak head for Thunder's Drum. They infiltrate the Old World facility built inside the mountain where Aloy discovers that the Spirit is actually CYAN, an AI designed to prevent the Yellowstone Caldera from erupting. Traveling further inside, they discover that the Daemon has corrupted much of the facility already, but CYAN suggests using lava from the caldera to destroy the infected areas while preserving the facility. It is also revealed that the Daemon is in fact HEPHAESTUS, another of GAIA's subsystems. The group fights through HEPHAESTUS' defenses and Ourea sacrifices herself to override CYAN's core, allowing it to transfer to an auxiliary data center and initiate destruction of the facility. Aloy and Aratak are able to narrowly escape. Aloy returns to the Banuk Shrine, where CYAN has transferred herself to, and CYAN provides additional information about the Old World but warns that HEPHAESTUS is still active somewhere and seeks to build an army of machines designed specifically to kill humans for some unknown purpose, which is why it tried to seize control of CYAN and its facilities. Aratak thanks Aloy for all of the help she has provided to the Banuk, and Aloy puts him back in charge of his people before parting ways.[4]

New and most powerful variant of Bows, the Banuk Variant Bows: 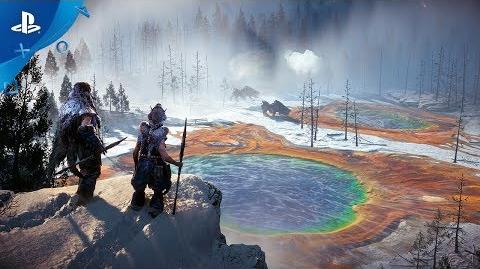 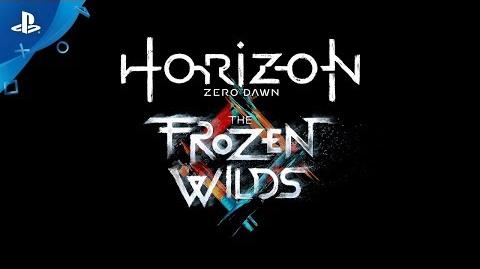 Retrieved from "https://horizonzerodawn.fandom.com/wiki/Horizon_Zero_Dawn:_The_Frozen_Wilds?oldid=41464"
Community content is available under CC-BY-SA unless otherwise noted.