Horizon Zero Dawn is an open-world action role-playing video game developed by Guerrilla Games and published by Sony Computer Entertainment for the PlayStation 4 in 2017. It was officially revealed at E3 2015 during Sony's press conference and is the first intellectual property created by Guerrilla Games since Killzone in 2004, as well as the developer's first foray into the role-playing genre.

Horizon Zero Dawn takes place in the 31st century, in a post-apocalyptic world where colossal machines dominate the land.[1][2] Human civilization has regressed to tribal societies of hunters and gatherers who survive in immense forests, imposing mountain ranges, and the atmospheric ruins of their ancestors – all while the machines become increasingly powerful. The player controls Aloy, a huntress who uses her speed, cunning, and agility to stay alive and protect her tribe against the force, size, and power of the machines.

The open world of Horizon Zero Dawn is dense, varied, and full of opportunities for exploration, as well as transitionally dynamic and seamless, due to day-night and weather system cycles, and a lack of loading screens. Guerrilla Games has stated that they are focusing on world density in particular, rather than size. Of the three known biomes—alpine, desert, and tundra—all are said to be explorable.

Horizon Zero Dawn was conceived in 2010.[4] Development began in 2011, after the release of Killzone 3.[5] Guerrilla Games announced that they were creating a new intellectual property, with 40 concept ideas created for the game. Among them was Horizon Zero Dawn, one to which the director Mathijs de Jonge called the "most risky."[6] The original concept has been described as "a pretty fresh mix of ingredients; the BBC nature documentary kind of feel, and then the sci-fi elements with the robots." Likewise, Guerilla sought a new main character, different from the male protagonists of the Killzone series.[7] When the concept was chosen, a team of 10-20 people started building prototypes for the game, with many of the prototypes' elements being included in the game. Roughly 20 unique stories were written, all exploring various concepts and character ideas. The story was written by John Gonzalez, the head writer of Fallout: New Vegas. Since the beginning of development, the various elements of the story remained intact.[6] Aloy was in the original pitch, and regarded as one of the game's three 'pillars,' the others being "gorgeous nature" and the machines.[3]

Early on, the game's combat bore a resemblance to the Killzone series. In fact, the M82 rifle was present in early builds of the game, being fired at robot dinosaurs. In the words of Hermen Hulst, this started to feel weird "very quickly," and the direction was changed in terms of combat.[8]

Guerrilla Games invested more of its staff into the development of Horizon Zero Dawn following the completion and release of Killzone: Shadow Fall.[9] More staff were hired, as the studio's experience mostly lay in FPS games.[3]

The game delves into the juxtaposition of the beauty and dangers of its world. More precisely, it considers the scenario of humanity's fall from grace and regression into hunter-gatherers, where the species is no longer "at the top of the life list."[6] Emphasis was given to a quest system; various acquirable items are spread throughout the world, used for crafting resources and replenishing health.[6] Horizon Zero Dawn is also completely devoid of tutorials, an implementation purposed for fostering trial and error solutions to the game's various obstacles.[10]

Horizon Zero Dawn was created with the engine used in Killzone: Shadow Fall; Guerrilla Games, however, felt that the purposing the engine for Horizon Zero Dawn was a technical challenge, with regard to loading and distances times.[6] The team also sought a simplistic user interface, avoiding overly-complex menus for features such as crafting. With Horizon Zero Dawn being Guerrilla Game's first venture into the role-playing genre, the developer sought assistance with design, art, and other technical fields to discover how elements of said genre work.[6][11]

Conceptual art of hunters and machines, as well as the name of the game code, surfaced on September 14, 2014.[12] Horizon Zero Dawn was officially unveiled during the press conference Sony at E3 2015, with a worldwide release, exclusively for PlayStation 4, being expected in 2016.[13] The game's release was then pushed back to 2017. Guerilla used the extra time for playtesting.[7]

Guerilla is open to books and comics based on the game being released.[3]

Watchers in the wild 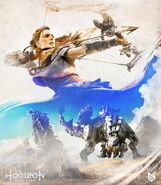 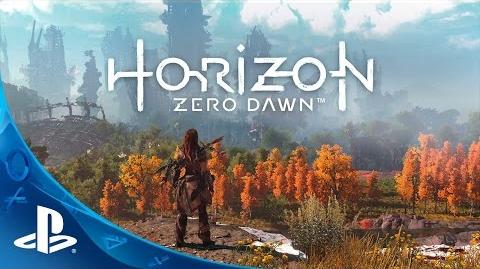 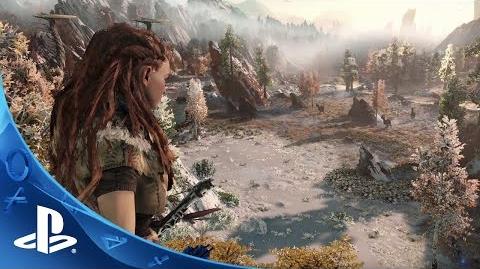 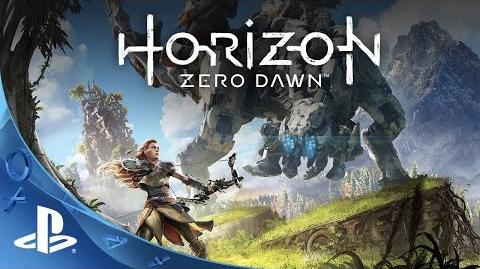 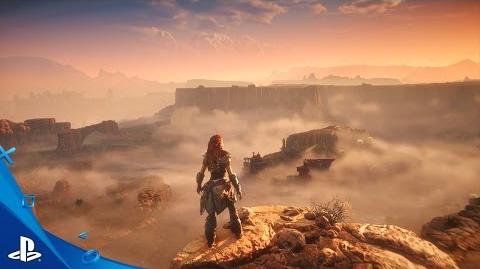 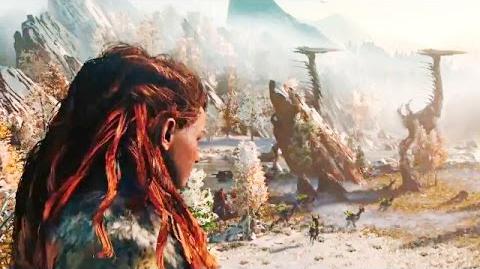 The reveal of Horizon Zero Dawn during E3 2015 received critical acclaim from the critics and received several awards, including "Best Original Game" awarded by the panel of judges Game Critics Awards (2015 and 2016).[14] The game received "generally favorable" reviews from critics, according to review aggregator Metacritic, scoring 89/100.[15] Most critics praised the visual aesthetics and the depth of the story, while Slant users voted it the best action RPG for PS4 and agreed the game has an intriguing world and offers exciting hunting gameplay.[16]

Retrieved from "https://horizonzerodawn.fandom.com/wiki/Horizon_Zero_Dawn?oldid=45094"
Community content is available under CC-BY-SA unless otherwise noted.